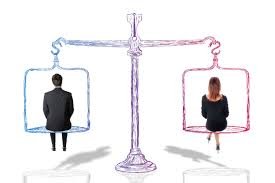 Recently a new dilemma has sparked debates: If women are able to join the  military shouldn’t they have to register for the draft? A judge in Texas stated that not having women in the draft breaks the “equal protection provisions” in the constitution to have men registering for the draft but not women. This is the question asked, but the main concern is if the draft is necessary at all.

The National Coalition for Men stated, "Forcing only males to register is an aspect of socially institutionalized male disposability, men still face prison, fines, and denial of federal loans for not registering or for not updating the government of their whereabouts." They then continued to state that women should face the same repercussions as men for any noncompliance.

The draft hasn’t been instituted since the Vietnam War in 1973, if there was ever a need for the draft in the future, this law could cause many problems. The reason women were not drafted before was because women took over men’s jobs when men were drafted. Originally women were not allowed into the military. Women watched over the children. Men thought women were not built for the military. Besides the fact that women are now allowed in the military all the other things still come into play. If both men and women get drafted questions still remain who will watch the children, and who fills in all the empty jobs?

The final decision for women being drafted is said to be made next year, when my fellow students and I would be 18-19 years old, if this legislation is passed, we would be required to register. This is scary, it would be following the equal protection provisions, but it would be messing up the dynamic of the U.S.  Drafting seems like an overall bad idea, although a draft will most likely never occur again (since there are so many people voluntarily going into the military) it still seems a bit outrageous.

No one should be forced to register for the draft, no man nor woman, it’s not fair to any person or family. There are so many people constantly going into the military that there should be no need to force people to register. There will presumably always be enough people going in that there would be no chance of the government not having enough military members. The worst part of the draft is 18-26 years old is supposed to be the most fun, hard, emotional, and educational years of someone’s life and to have that ripped away and be forced to register for something you do not want to do just seems illogical and unfair.

It’s a shallow move for the National Coalition for Men to say women should also be forced to register instead of fighting to have nobody registered. The only reason they are pushing to have women register instead of getting rid of it altogether is because they are mad women have been fighting for their rights to be equal and think they should have to face the brutal reality.

Women registering for the draft will not help anything. Nobody should have to register for the draft because it’s something that will most likely never be needed and it just stresses people out and even if we did need more military members for war we could just advertise and get more volunteers instead of pulling people away from their lives.