Classes for success outside of High School 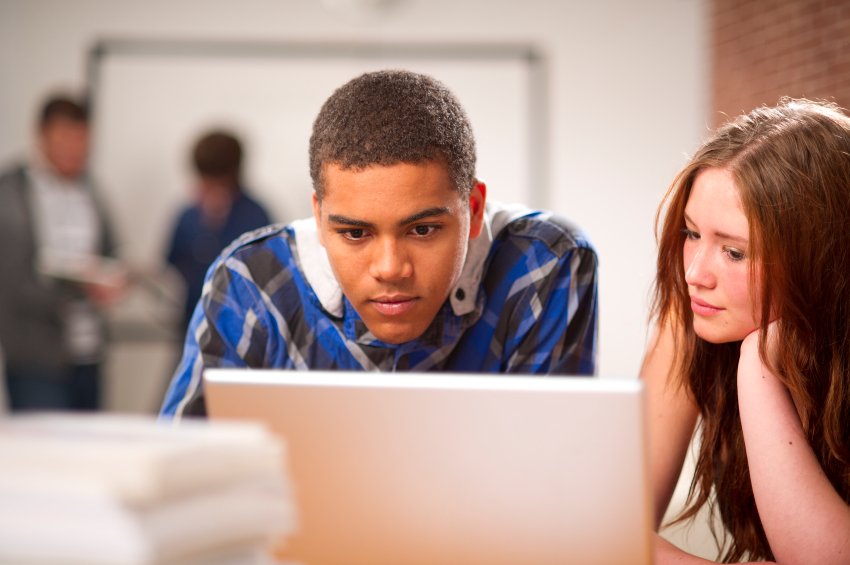 To help students have a higher chance of succeed out of high school, there has been classes added, including CTE courses and college and job preparation, according to Nathaniel Fancher.

“Our goal is not to get you to graduate…but to have you succeed when you do” Said Fancher.

This is a common phrase said by the principal of St. Cloud High School, the staff of SCHS works to not only graduate high school but succeed when they do.  To do this they have many options to give students a head starts in their future, such as a ROTC leading to a military career, CTE courses such as Health science leading to a career in medicine, and a bank on campus giving real experience being a teller.

CTE stands for career technical education. In a sense it’s one of the electives chosen and gives the chance to learn a new skill with the potential for career success.

“It prepares you for the workforce,” said Diana Avery.

These courses are designed to help for the work force. Not only do students gain a new skill, if the required classes are taken they receive a certificate they could use for a resume to potentially get a job in the field of the class they have taken.

Most recently, there has been the addition of a CFE bank on our school campus. According to one of the head tellers, there are about 15 tellers and alternate tellers, chosen through an interview involving a CFE representative, exactly like an actual job, each gaining hands on experience in this specific field.

“Well, being a teller here it just gives you more experience of what the outside world would be if you are looking to go into the business and finance field. It gives you a hands-on experience that I say would push forward in front of all other people who are just entering.” One of the two head tellers Kareisa Chandiprasad said.

After graduation, working at the campus CFE allows for CFE to recommend a teller, or for these workers to put this job on a resume when looking for work. After their graduating year CFE has an internship that allows for a potential job opportunity.

The supervisor, Taylor Kawalczyk, for the bank who works at the bank began in her high school program. Due to her work in her program, Kawalczyk was able to gain a job with CFE after she graduated from her high school’s program.

In addition to the bank, a class that has been around for a while longer are the Health Science classes. A student would begin in their classes in 10th grade taking classes until they graduate.

After they graduate they would receive certificates allowing then to begin working in a medical setting. As opposed to having to go to a separate school to take the classes and gain the certificate.

“For example, I’m now right out of high school I could start working in a clinical setting. Whether with the CMAA or the CNA one, I’m able to get a head start,” 2018 graduate Anely Aguiler said.

Many joined the Health Science class to gain an idea if the medical field if where they want to go for a career.

Additionally, many Health Science students have said that they feel that this class have helped solidify their job ambition, giving them a specific direction which for a future career choice.

One of the most common ways for school campuses to have support student’s future careers are JROTC’s programs. As one of the largest student youth programs it claims to have 310,000 high school students participating annually.

“There are many opportunities given so us my Colonel and first sergeant they want the best for us and our future and they’ll help us get a job and apply for colleges. They can help us apply for scholarships too, they want us to do us best and succeed in life.” Tatiana Romano said.

As it is a popular organized youth group, ROTC students commented on how ROTC tends to look good on resumes and application forms, as members tend to work to have leadership qualities and discipline.

Graduates and current students both say that JROTC gives them a realistic and accurate representation of what military experience is like. Coming out of JROTC there is a realistic idea of what to do and expect.

Coming out of JROTC to going into the military also has benefits you could start at a higher position or begin with higher pay, because of the prior training before joining.

“I took this class so after high school I could have this certificate and begin helping people,” said Melissa Padilla.