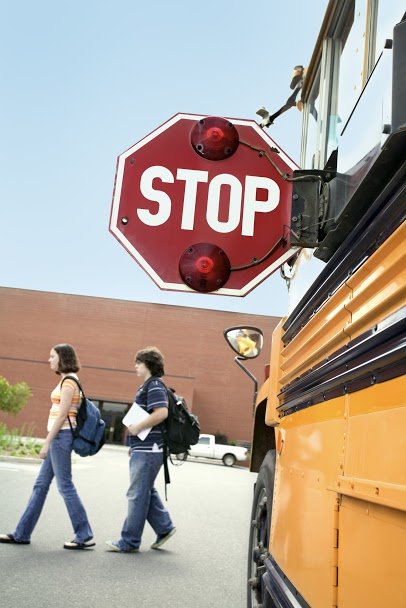 At 2:15 every weekday afternoon, Saint Cloud High students eagerly bolt from their classrooms

to ride their cars and bikes to get home and relax from a long day of learning and socializing. But for

some students who take their time to board buses, their day has one more stretch before it officially

comes to an end, and that stretch being stuffed into a bus for over 20 minutes before they can arrive at

their homes. For some, this is simply a necessary evil for being provided free transportation, but others

are beginning to call into question the quality of the transportation they’re receiving, and whether or

not the conditions they’re stuck with can be improved. The push for a change in their transportation

climate is not new, however. Students everywhere have noted the buses stark absence of not only air

conditioning, but available seating. This lack of seating has led to not only students sitting on other

students’ laps, but students must also stand in the aisle between the seats on the bus. This is not only

dangerous to the student standing, but other students spilling out into the aisle in an attempt to create

space, as one harsh brake could result in the injuries of many students if that individual tumbles

forward. This safety hazard is common knowledge to people who use the bus being as the hazard itself

has gone unnoticed by Mr. Fancher, who noted in an interview that the information “Surprised him”.

Following a brief series of questions, Mr. Fancher elaborated on the administration's plans to better the

“If we know a bus is overcrowded, we could have gotten more routes, added a bus to that route

already, or split the bus between an already active route in order to then lighten the amount of people

using that bus, then there’ll in-turn be more space for the students on that route to sit and socialize.”

Along with students, bus drivers themselves are also taking note of the growing issue concerning the bus

overcrowding. One driver, who only wished to be noted as Debby, provided information on the situation

from a perspective of a driver, alluding to the fact that the district would be lucky if five of the ten

drivers they hired would sign up to drive buses for school bus routes. This lack of drivers forces the

without parents having to worry about whether their children are safe on their way to school. Debby

also elaborated on the slow grow of strictness in terms of hiring criteria for school bus drivers, adding

that the tightening of the rules and requirements is not doing the situation any more favors.

But not only are the administration and drivers taking action to help alleviate the situation, students, are

also beginning to take an active role in bringing the bus situation to the attention of those unaware.

Students such as Brandon Garcia, a sophomore who rides bus route 120, commented on his experiences

when riding the bus,

“There’s barely any seats on the bus in the morning,” he began. “Let alone in the afternoon.” His

the matter of their bus experiences. Two more students voiced their opinions on the bus situation, both

Charlie Hanley, a sophomore riding bus 120, also added that his experience when riding his bus was akin

to a “Moving charcoal oven.” Which was quickly followed up by Niurka Rosado, a freshman who also

rides the bus routes, adding that, while they fit, it’s always “unbearably uncomfortable.”

accept, both administration and drivers have assured their students that they are doing their unanimous

best in order to provide safe, comfortable experiences in relation to the public transportation many

students rely on when considering their ways of getting to and from school.

County. Superintendent Dr. Debra Pace said during a WFTV interview that all schools will have similar

start times based on the grade level. The change would unify the schedules of Elementary, Middle, and

High Schools to an improved, more uniform schedule that would help organization and scheduling for

prepare for school. The change was noted to be in effect this following school year, at the time of

The situation regarding transportation, while it still may be an issue, for now, the administration team,

bus drivers, and parents are doing their best to work together and resolve to issue to help alleviate the

stress for students and drivers alike.