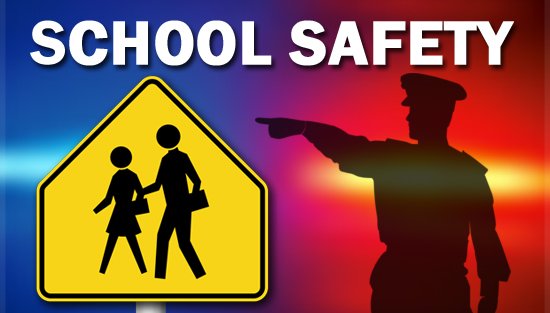 When it comes to a school shooter, do you know exactly what to do? How about if the shooter decides to attack during lunch or transitions? Well, what you’re expected to do, according to our school officer Officer Ball, is to follow the A.D.D procedure. A.D.D simply stands for avoid, deny, and defend. Before further explanation, you must know that if there is an unannounced fire drill, you must not leave the classroom. Shooters find ways to get as many victims as possible. He or she could’ve pulled the alarm to ambush students and staff as they are running out. Therefore, with an unexpected alarm, don’t move unless a teacher or announcement instructs you to do so.

Now what if the attack happens during transition or lunch? You’re going to quickly and instantly avoid the situation by running off campus. You will not get punished if you leave campus during a shooting. It’s what your expected to do in order to save your life.

The next procedure in A.D.D is to deny. What if your in paws and a live shooter starts attacking in the courtyard? Teachers must have their doors closed and locked at all times. If an active shooter is on campus, teachers and students cannot open the door to anyone wanting to enter the classroom. Whether they say they aren’t the shooter or not, no one can open the door. Truth is, no one knows whether or not if your the shooter or if the shooter is near; Therefore, teachers and staff must deny anyone wanting to enter. The student or staff wanting to enter the classroom must follow the avoiding step and leave campus as soon and as safe as possible.

As for the last way to protect yourself, is by defending yourself. Officer Ball told a heartbreaking event that happened 12 years ago on April 16, 2007, at Virginia Tech. During this attack, the gunman locked himself in a hallway so no one can get out. There was a total of 6 classrooms in that one hallway. The gunman went to each and every one of the classrooms and shot each student and staff one by one. Everyone just sat there and waited for their turn to get shot. “We cannot do that...” stated Officer Ball, “...We cannot just sit and wait for our death. We must fight back.” As Officer Ball continued on about the Virginia Tech story, he mentioned that “Five out of six classes contained injured peoples; However, the last class had no deaths or injuries. This is simply because the last classroom decided to fight for their lives and block the doors so that the shooter cannot enter the classroom.” Unfortunately, our doors open out instead of in: But that shouldn’t stop us from fighting back. If a shooter was to enter, you grab whatever you can in order to fight. It can be from a book, a chair, or a desk. Anything that you can throw at the gunman to take him down can seriously save your life. When it comes down to it, one man cannot take on twenty who are willing to fight.

Now that you know what to do, here are a few more important factors that you should be aware of. The first one is to not hold or possess the shooter’s gun. Officers are coming in quickly in order to stop the active shooter. Police will not ask the shooter to drop the gun nor to stand still; Officers will shoot the gunman. Therefore, if your innocent and end up holding the weapon, a cop will fire at you thinking your the shooter.

Last but not least, our school officers want to let you know that if you see or hear something, say something. If you report something you saw or heard, your name will be anonymous; Unless if you want your name to be released. Therefore, officers and staff encourage students to speak up if you know something. You may be saving many lives, including your own.